WHAT WE DID: APPLIED THE GENRE SPECIFIC CONVENTIOINS OF THE METAL CORE GENRE IN OUR MUSIC VID

Genre is a term that can be split up into different categories, based on characteristics that they share such as narratives and themes. It can be referred to different things such as a movie genre, book genre and in this case music genre. 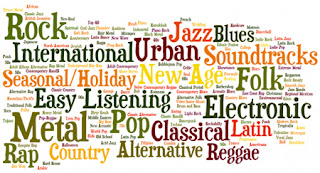 There are several types of music genres, such as classical, alternative, jazz, rock etc. These then have subgenres, which means that it goes into a lot more detail than you would think at first. 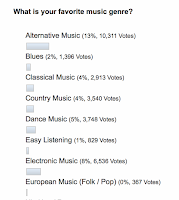 When doing my research on this theory, I found a very interesting website that has a list on the music genres that cover the music genres that go back beyond the 20th century. It also has a test you can take on which music genres most people listen to and has over 80,000 votes with a 17% for the rock genre. If you are interested in the website click here.

Steve Neale's theory states that 'genres are instances of repetition and difference' and 'genres are not systems, they are processes of systemisation'. He believed that there was a system of expectation and that by using own knowledge and applying conventions of the genre, the audience should be able to infer the narrative and storyline of the music video. This is exactly what we did, we applied the genre specific conventions of the metal core genre in our music video, which I created a vodcast on.

Posted by Sophie Rasmussen at 11:48