Kristian and I went to shoot the narrative scenes together with our male and female protagonist, Emilie and Wayne. Our music video contains a linear narrative, which consists of scenes where the two of them first have ice cream from a shop during the summer and then later on in the music video break-up.
One thing that we really focused on this time was that our character's would wear different costumes in the different scenes.

We especially emphasised this by trying to signify different seasons of the year, summer and winter. This was achieved very well with the difference in costume. In the summer scenes, the female protagonist was wearing sun glasses, a flower covered blouse with short sleeves and some nike shoes and the male protagonist was wearing a very simple T-Shirt. By also having them drinking a smoothie, verisimilitude is achieved and the footage really comes accross as having been filmed during the summer.

The only issue we faced with our narrative shoot was that we didn't get enough footage of them being happy together. Unfortunately our actor's weren't available for some weeks and therefore we intend to  film after the winter holidays at the end of February. 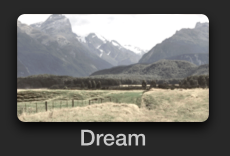 As for the special effects, we added an effect called "Dream", so that it would look as if the leadsinger was having flashbacks back to the time when they were happy and where after a while everything escalated. Our music video therefore follows 2 steps of Todorov's 5-part narrative formula.

Posted by Sophie Rasmussen at 10:19