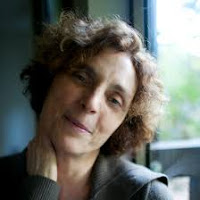 Carol Vernallis is well known for her theory based on music editing. Her areas of specialization are music videos and recent films. Her research deals more broadly with questions of sound and image in moving media.
She is also known for her book Experiencing Music Video: Aesthetics and Cultural Context, which was published in 2004. The book provides a theoretical account of a genre. It is the first to articulate a theory of how music, lyrics and image can be placed in relation, and also the first to provide detailed analyses of individual videos that show the parameters of sound and image at work in a temporal flow.

Vernaliss' theory is based around 4 key concepts that all relate to the way a music video is manufactured. These concepts include:
Narrative:

Carol Vernallis states that establishing shots are some of the key features of a music video and that they as well as close-ups are used very frequently throughout the video.

The diegesis is the most important thing in a music video according to Vernallis. Diegesis will be revealed slowly and the actions of the video may be disrupted in some way and won't always be completed. There might also be repetitions throughout the video.

Personally I side more with Goodwin and his theory on the features in a music video, since I believe that there is the element of a star image in a music video and also that the music is cutting to the beat rather than cutting to the lyrics. Also, Goodwin argued that there is a link between lyrics and visuals, which is one of the main things I really agree with.
Posted by Sophie Rasmussen at 11:19