AC/DC sells dog tags with the AC/DC logo on them. Dog Tags are necklaces that soldiers use in the army but have become very popular as a form of jewelry. 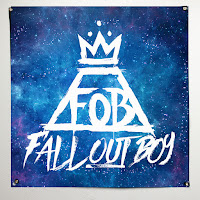 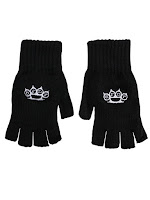 The band Fall Out Boy also has a bunch of different merch on being wall flags. There are almost like posters such made from fabric and if you look in the corner they have holes in them so you could use it as a flag.

Five Finger Death Punch sells finger-less gloves with their logo on which is of knuckle busters with spikes on them with 5 F D P in each circle.

This is most likely the most bizarre merch of the ones I found. Kiss sells a lot of special merch, one which is a coffin. There are a few Kiss Coffins 2 of which are Deluxe edition. On the description it says it can also be used as a drink chiller while you are still alive. Kiss also sells a Limited Edition Pinball Machine for $12000. But for those who arent willing to buy for such a high price there is also the Pinball Machine -Profor $6500 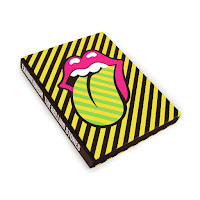 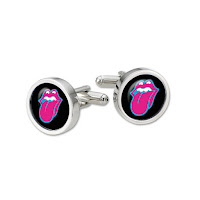 The band The Rolling Stones also has a lot of merch. It has merch for all ages even baby's this might be because people who who grew up listening to the rolling stones might have baby's now at will then buy a baby rolling stones romper. The rolling stone also have a book which you can buy on their website. They have two Exibitionism books Hard and Soft Cover. They also sell cufflinks with the the logo on them. 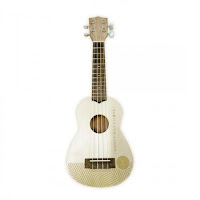 The band Twenty One Pilots sells a bunch of merch the most special one being the TOP Ukulele. Its priced at $125 which is more than double what a normal ukulele costs.
Posted by Sophie Rasmussen at 08:56