I filmed some more narrative with the 2 main character. When I was filming I took a few things into consideration one of them being where the sun was shining. I didn't want the sun to be facing the camera as this would create a few problem such as their faces would be dark as the sun would blind the camera. I also wanted to film in the sun rather then in the shade as this is supposed to be a happy memory and filming in the shade would give the opposite effect. 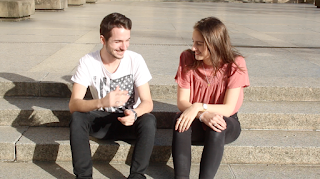 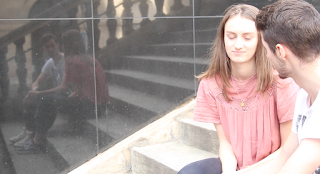 I also deliberately filmed hand held shots as this is not only common in narrative filming but this would also create verisimilitude at is feels more personal. But I had to be careful not to have to much camera shack as this would break verisimilitude by looking unprofessional and in some cases could make the viewer fell nauseous. 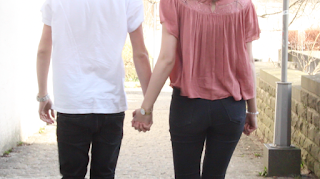 We also decided to film a diegetic ending where the main actor is sitting on the bus listening to the music, looking out the window and the female protagonist from the narrative walks past the bus window. This gives the audience a bit of narrative enigma as it makes the audience wonder if he was dreaming the the whole thing or if he actually is in the band and its a fragmented narrative as the beginning of their relationship starts at the end of the video. 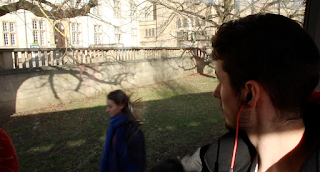 Posted by Sophie Rasmussen at 09:52

Email ThisBlogThis!Share to TwitterShare to FacebookShare to Pinterest
Labels: Narrative