For our question 1B in our exam we have to apply concepts and theories of media language to our own music video.

A long group shot (5 people) of the band. The band is composed of just male members and we are conforming to the stereotype that rock music only consists of male band members. Simple mise-en-scene, members all have tattoos and are wearing dark clothes. Non-objectified female protagonist in the narrative later, so not just focused on male characters. You can identify with the band members if you are younger. The short hair of every band member is normative nowadays. However, 20 years back long hair was part of metal. The drummer has a very evident beard, which fits together with his fast paced drumming. This doesn't look like a boyband, because they have tattoos, beards and are therefore no completely desexualised. The singer in this band counters the hegemonic norms on the masculin side of things, because he shows emotions very heavily, because he is singing about his girlfriend and arguably it is a love song. It is about the pain he feels, which makes it counterhegomonic to the masculin normative.

Opens the door for her, which is the stereotype of a gentleman, but isn't the normative nowadays.

The dirt on the shoes represents the genre of rock, because it goes against the normative of perfect beauty. With men there is not as much focus on beauty and clean shoes. There is rule of thirds and the foot is centrally framed and is therefore what the audience will focus on. 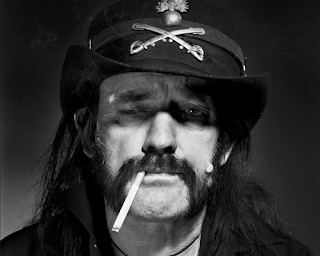 There is an equivalence between the male protagonist and the female protagonist, no strong binary, because there are both having an ice cream or a smoothie and are both wearing tight jeans.
The one and only thing that would be a binary opposition in this shot would be the long hair of the female protagonist and the short hair of the male protagonist. The frozen yoghurt is a representation point because you would typically expect a bar with alcohol and smoking, because it is metal genre. Iconic image
of someone like Lemmy is alcohol and a bottle of Jack Daniels for the metal genre. This is somewhat different compared to frozen yoghurt and smoothies.

If the guitar wouldn't be there the focus would be on his groin. However, because the guitar is there, the groin is framed but not for sexualised purposes, which it would be in thousands of other music videos.
Posted by Sophie Rasmussen at 15:14