In this rough cut 10 I have changed quite a lot of small details but also some big ones. 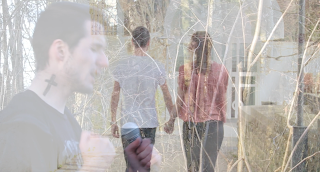 Firstly I have layered some shots onto the narrative part where our couple is still happy. These shots on the left both had really good opportunity for layering, because there was a lot of empty space in the frame. I think the layering is better in the second shot than in the first one, because there is more movement in the first shot, which makes the layering look a bit off and therefore I will probably try to use another shot also to evidence some more shot variety. 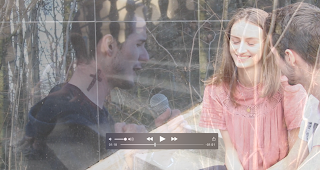 However, if we get audience feedback saying that these shots are good, I will leave them the way they are now.

Another change to Rough Cut 9 is that I have put the fast paced sequence that was at the end of the music video when the beat dropped, I have put that in the middle of the music video instead after a beat drops there, because I thought it looked more fitting. Than towards the end I added some more fast paced editing of shots cutting to the beat, which is one of the 6 features of a music video (Andrew Goodwin Theory) and I think it works really well.

I have tried to achieve full lip-syncing verismilitude in this draft, because that was argued in the audience feedback that it wasn't synced enough. Since, it is one of the common conventions of a music video and one of the first things the audience notices is if it is not in sync.
Posted by Sophie Rasmussen at 15:12